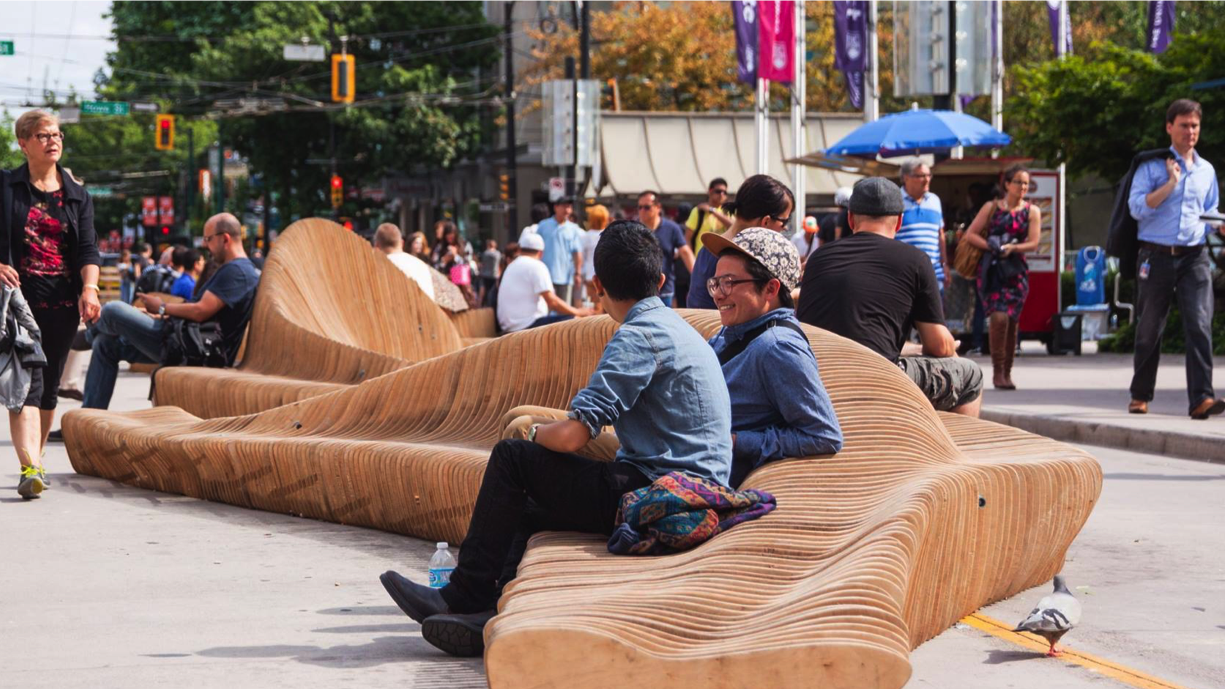 During the Re-Imagine Downtown Vancouver consultation in summer 2015, participants asked for a public plaza; now, we are close to having two! This is the vision from the report:

Downtown Vancouver finally has a prominent public square for large public gatherings and events. The public square is connected though greenways to several smaller squares and plazas that encourage people to relax and interact, and features a mixture of public performance stages for buskers and street artists.

The plan to transform the 800-block of Robson into a permanent plaza will go to Council for approval on May 20, 2016, after three years of public consultation and engagement. In addition, renovations have begun on the Vancouver Art Gallery North Plaza, which will be connected to the 800-block plaza through sidewalks along Hornby and Howe.

Architect Arthur Erickson’s original plan was to leave the space as a plaza, closed to traffic. The current layout, with two vehicle lanes to connect Robson Street between Hornby and Howe, was added in the 1980s.