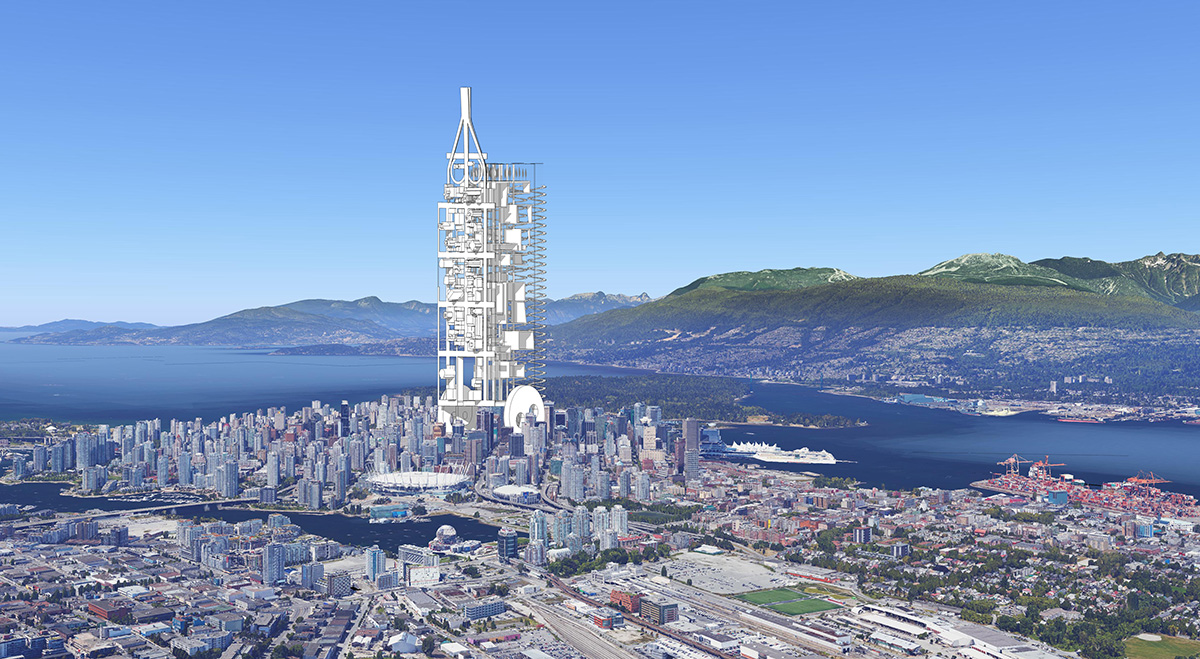 Imagine a 2,500-foot vertical city. A post-disaster transportation network catering to bicycles. A network of floating barge parks. These, and more, are the visions of more than twenty of Vancouver’s leading architects on display at Your Future Home: Creating the New Vancouver.

Your Future Home is the latest exhibition at the Museum of Vancouver, produced in partnership with the Vancouver Urbanarium Society. Their goal: asking Vancouverites to stop and rethink what they want their hometown to look like.

The exhibition will immerse visitors in multimedia visions for tomorrow’s city, with a focus on four topical issues: housing affordability, residential density, ease of transportation, and quality of public space. Case studies—like the Arbutus Lands redevelopment, upcoming decisions that may transform places like Granville Island, and changes to how we heat buildings downtown—highlight the role that individuals and communities play in building Vancouver.

“Vancouver is a city in flux, undergoing massive growth and redevelopment. With as many as three homes demolished each day, often to make room for denser living, we are experiencing a watershed moment in the history of the region. With everyone already talking about Vancouver’s sky-high housing prices, we want to shift the conversation from real estate to the state of the city. Your Future Home launches from a ‘presentation centre’ into an ‘urban grid,’ in which some of Vancouver’s most creative minds grapple with the city’s thorniest issues. We want to bring more people into debates about what their city might become.”

The public is encouraged to discuss the exhibition’s future scenarios, give feedback, and propose their own ideas.

Your Future Home: Creating the New Vancouver is on display at MOV from January 21 through May 15, 2016.